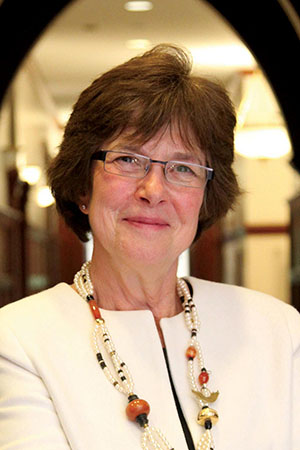 ​Kathy A. Krendl, PhD concluded her service on the Osteopathic Heritage Foundation (OHF) Board of Directors in December 2018, a position she held since 2012.

Dr. Krendl retired from Otterbein University in 2018 where she served for nine years as the first female president of the university. Dr. Krendl’s additional professional contributions include leadership positions at Ohio University, including Executive Vice President and Provost from 2004-2009 and Dean of the Scripps College of Communication from 1996-2004. She also served as the Dean of the School of Continuing Studies at Indiana University from 1994-1996.

Dr. Krendl’s community service and recognitions are numerous, including the 2018 YWCA Women of Achievement Award; Board service with multiple organizations including the YWCA Columbus, I Know I Can, Westerville Area Resource Ministry and Ohio Learning Network; and leadership positions within the Council of Independent Colleges, Association of American Colleges and Universities and National Association of Independent Colleges and Universities.

In honor of Dr. Krendl and her years of service, the Osteopathic Heritage Foundation awarded $15,000 to the Kathy A. Krendl Distinguished Lecture Series at Otterbein University. In tribute to Dr. Krendl, the lecture series will host thought-provoking scholars, dignitaries, business visionaries and other exemplars of innovation, leadership and collaboration.

“The Foundation is grateful for Dr. Krendl’s service and wishes her well in retirement. Her kindness, grace and authentic leadership have enriched those fortunate to know her,” said Terri Donlin Huesman, OHF president and CEO.