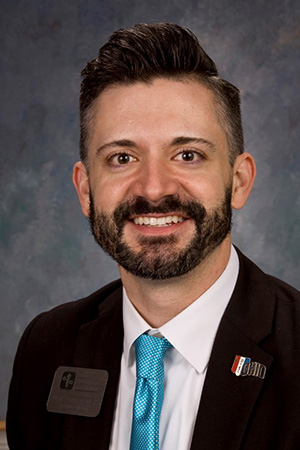 The Ohio Osteopathic Association (OOA) has named Matt Harney as its new executive director. Mr. Harney was appointed by the OOA Board of Directors in February 2018, succeeding long-time Executive Director, Jon Wills.

“Osteopathic medicine has never been more relevant,” said Harney “With the strong osteopathic supportive community in Ohio, including the many OOA members, expanding osteopathic medical education programs and strategic partners like the Osteopathic Heritage Foundations, I know we’ll gain even more attention as the purveyor of the whole-person approach to health and wellness.”

Before joining the OOA, Harney served the Oklahoma Osteopathic Association as associate executive director and director of advocacy and legislation for five years.  In this capacity, he led the mentor/mentee program pairing osteopathic students with physician mentors, coordinated the “Doctor of the Day” program at the state capitol, presented legislative updates at seminars and district meetings and led messaging efforts to the Oklahoma membership and the public, among other duties.